Keeping the balance between atmosphere and detail

An interview with Sasan Saidi about his work on the graphic novel.

Sasan Saidi is a freelance illustrator. He draws for publishing houses and for charitable causes. He has been working with Viva Con Agua for years. 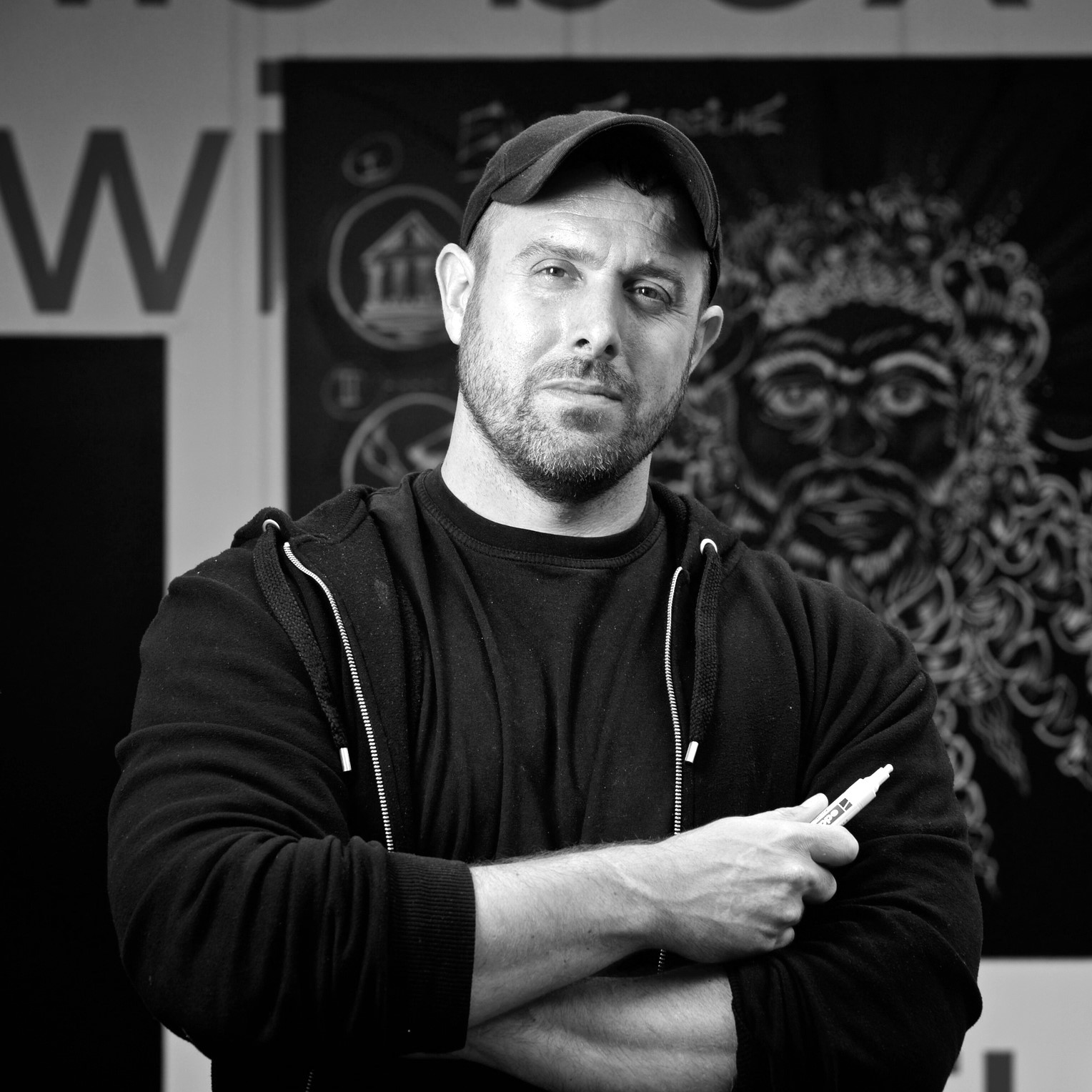 For the first time, the German Mining Museum Bochum has decided to present the results of archaeological research as Graphic Novel.

The concept of the exhibition allows visitors to follow the work of the archaeologists: From the first mummy find, the start of the excavation and the first questions to the interpretation of the finds. In each section, the individual drawings illustrate the context in which the sometimes very fragmentary objects from the Achaemenid and Sassanid periods an be understood. Finally, all the pieces of the archaeological puzzle come together to tell the story of the fictitious last day of a worker who died 2,400 years ago in a salt mine located in modern-day Iran.

Sasan and the Sassanids

No one seemed better suited for the realisation than the Berlin-based illustrator Sasan Saidi. "Sasan and the Sassanids - I couldn't say no".

Sasan Saidi was born in Iran. Shortly after the Islamic Revolution, the family left the country and moved to Stuttgart. However, Sasan spent most of his childhood and youth in Kenya, where his father worked as a development aid worker.

Together with Karina Schwunk, the museum's exhibition designer, and Thomas Stöllner, the project manager, Saidi worked on the story of Farshid, as Salt Man 4 is called here. He died at the age of 16 in a mining accident in the Chehrābād salt mine. 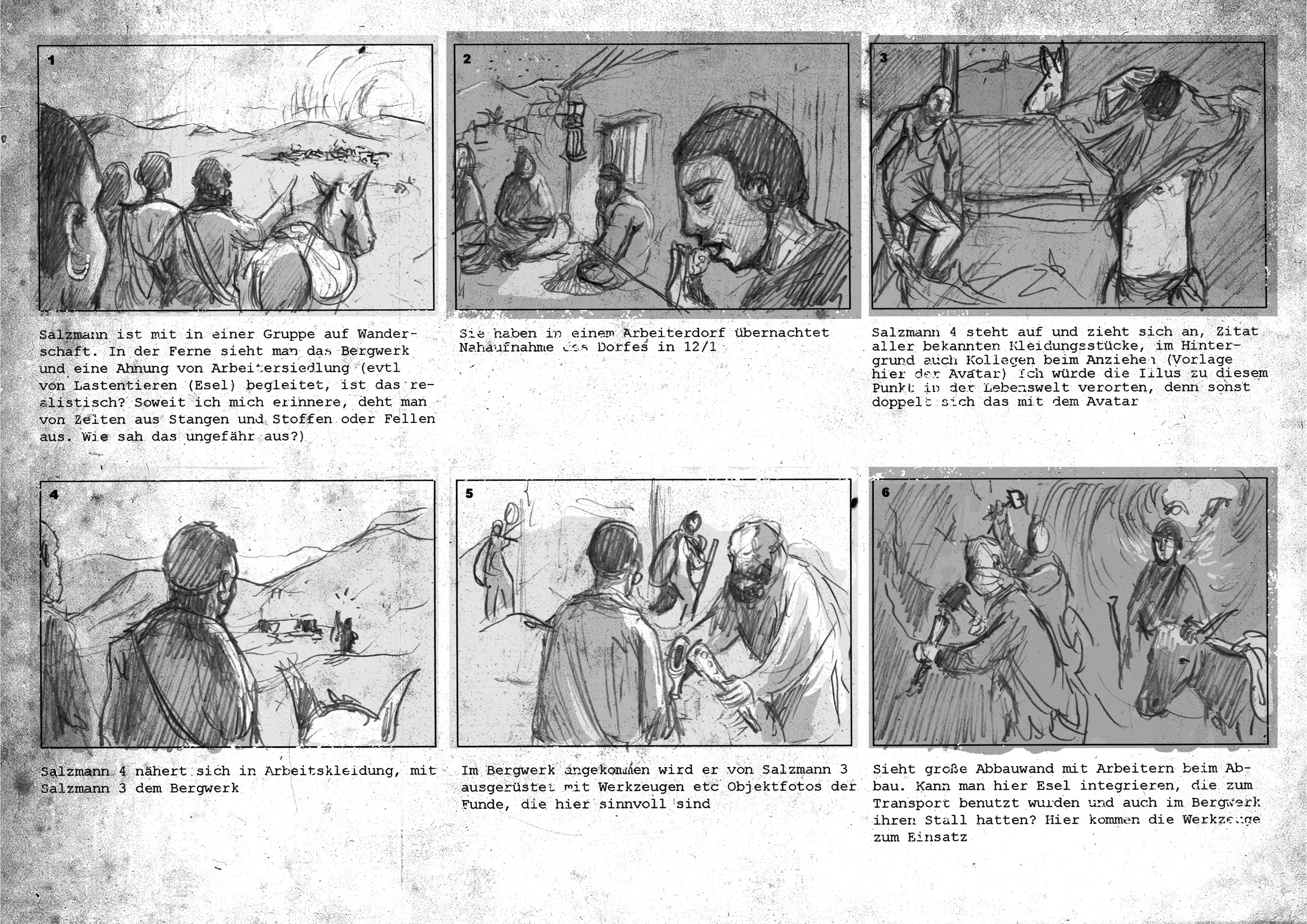 „The challenge was to keep the balance between details and atmosphere.“

„The challenge with this project was not to draw too precisely. Karina kept telling me to draw coarser lines.  I am used to showing a lot of details, but with Farshid there is a lot we don't know. So I tried to highlight only what is scientifically provable.

The fact that most of the scenes are located underground is an advantage here. We tried out different techniques and in the end decided on the high-contrast comic noir. This style makes it possible to create an atmosphere without showing too many details.“ 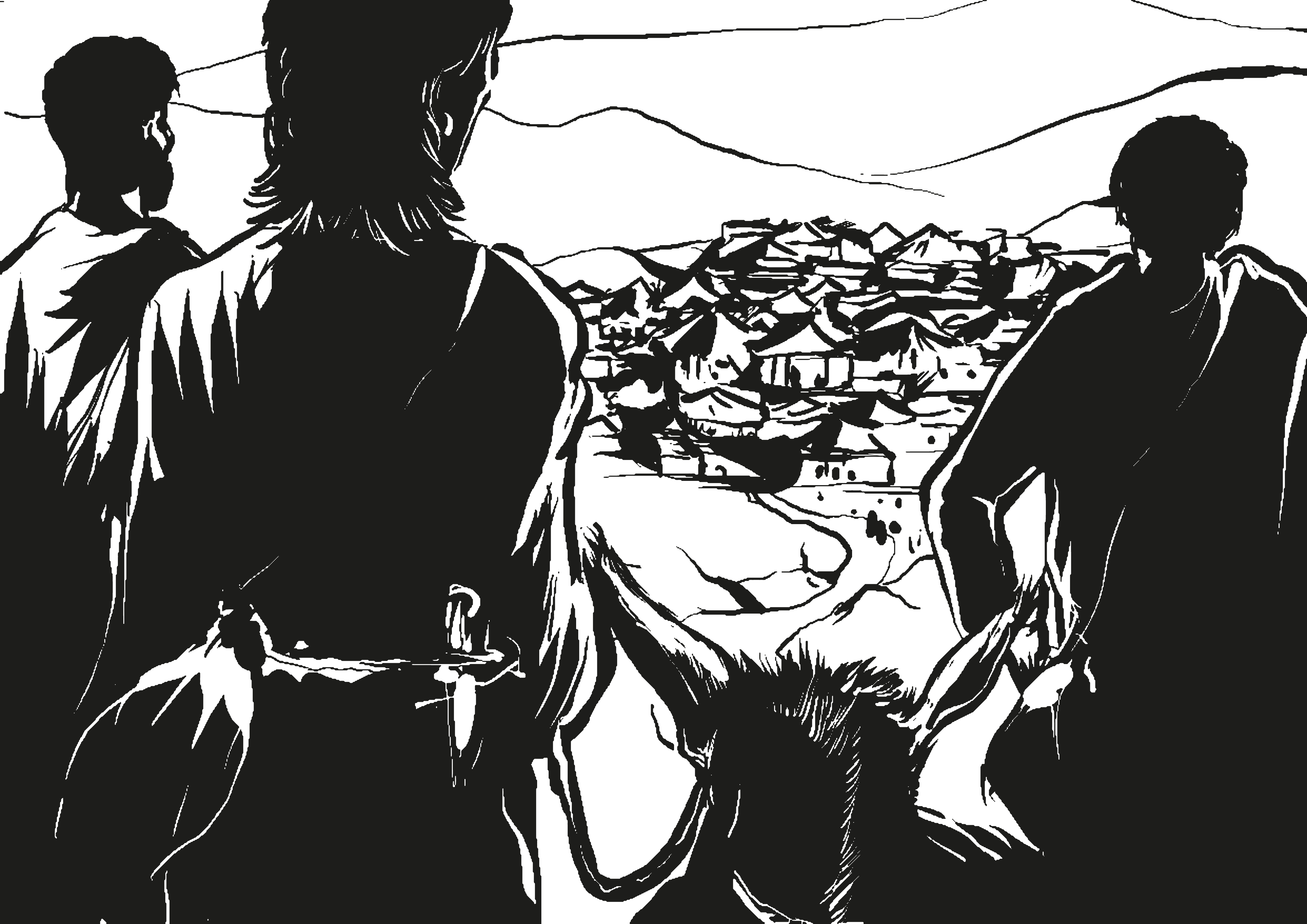 „I didn't know you could study something that was fun“

Sasan Saidi started drawing as a child. After a short diversions, he turned his passion into a profession. "After my military service - which was a bit of a culture shock, I went to Wales and started studying tourism," he says in an interview. "My friends kept asking me why I wasn't studying art, because drawing has always been part of my life. But I didn't know you could study something that was fun," he says with a laugh.

Saidi spontaneously applied to the University of Ulster. He travelled by boat from Wales to Belfast, submitted his sketches and was promptly accepted. "The lecturers thought it was great that a young man drove from Wales to Ireland in a night-and-fog action to spontaneously apply to the university," he says. He studied art and then visual communication in Belfast.

He specialised in illustration and communication design. After graduating, he worked in various countries: Ireland, Dubai, South Africa, Germany.

The first jobs came from the Northern Ireland Department of Environment. "I illustrated school books and learned to draw in great detail and precision. Here I also came into contact with historical and archaeological themes," he says. In Dubai, he worked as an infographic artist for a daily newspaper, drawing cultural subjects - from oases to dog racing in Abu Dhabi. "Probably my most famous assignment was for Pope Francis," says Sasan Saidi. "I got a request from the Tourims and Culture Authority in Abu Dhabi to draw the historic Christian sites in the Middle East.  For a long time I was not told who these illustrations were for. Only afterwards did I learn that my illustrations were presented to Pope Francis during his visit to Abu Dhabi." 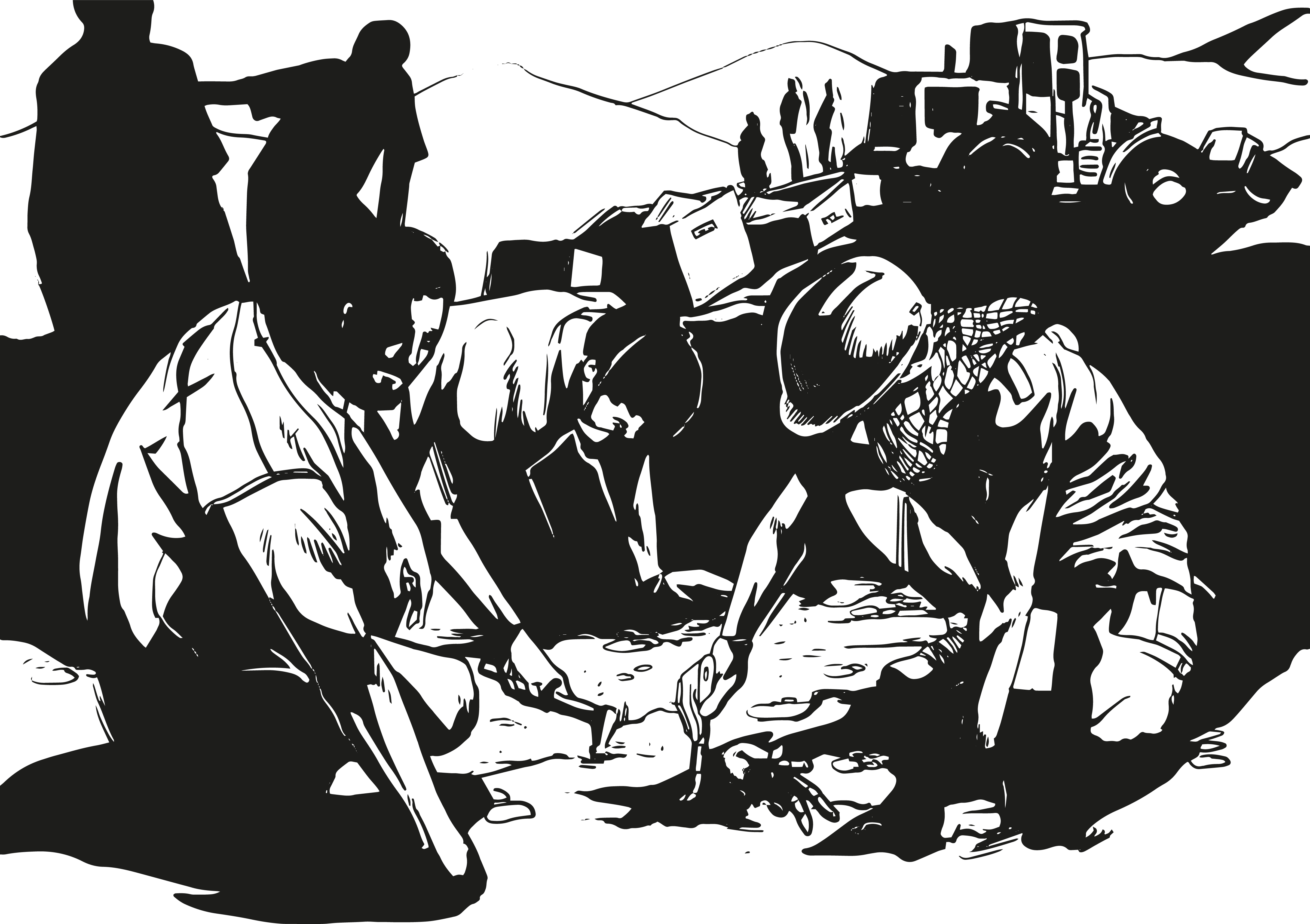 „With my art I want to build bridges between cultures.“

Historical, archaeological and cultural topics run through Saidi's artistic work. Even if his clients are very different - he designs limited edition art prints for FC St Pauli, Schalke 04 and Detroit City FC, for example - it is these themes that give him pleasure, because in his experience they can be used to build bridges between people and cultures.

„With my art I want to give something back to the people.“

Sasan Saidi is at home all over the world. After his time in Northern Ireland and the United Arab Emirates, he was drawn back to the African continent to Cape Town in South Africa.

His time in Africa has left its mark on him to this day. That is why the cooperation with the aid organisation Viva con Agua, which campaigns for drinking water and sanitary facilities in Africa and Asia, is very important to him.

Last year, Saidi drew attention to the conditions in the Moria refugee camp with the book "Willkommen in der Hölle" (Welcome to Hell), which was written in cooperation with Viva Con Agua, STELP and the presenter Visa Vie. With the proceeds of the book, Stelp e.V. supports refugees on the Greek islands with food, blankets and hygiene supplies.

The graphic novel about Salt Man 4 alias Farshid is one of the highlights of the special exhibition "Death by Salt. An Archaeological Investigation in Persia". There, all the puzzle pieces of the archaeological investigation come together to tell the fictional last day of Salt Man 4.

You have declined cookies. This decision can be reversed.

You have allowed cookies to be placed on your computer. This decision can be reversed.